Controversial marketing, how it works…sometimes

One of Paddy Powers controversial campaigns.

You look at other brands who have followed in a similar fashion; Hunky Dory’s, McCoys and Club Orange. Yes, their content may have been complained about over and over,  but anyone who is interested in or has studied advertising has read at least one case study on these brands. On top of that anyone without an interest in advertising has either laughed at or complained about these ads. So whether it’s positive or negative feedback, people are still discussing you’re brand and that’s a good thing…in most cases.

Is there such a thing as bad controversy for a brand?

Jump across to England for a minute. A little known company called Protein World put together a campaign titled “Are you beach body ready?”. Totally unsuspecting of the backlash that was to hit them. The problem with this ad is that it completely went against extremely popular and positive campaigns which have had a massive impact on people (read as Dove’s ‘real beauty’ campaign). It led to all sorts of ‘counter’ campaigns which actually, in the end became more popular then the Protein World campaign. 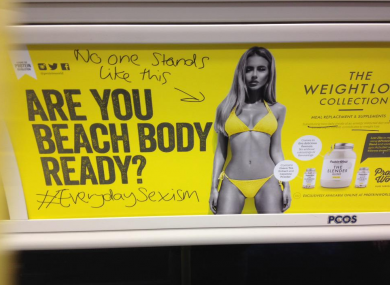 That being said UK Marketing Magazine believed that the controversial marketing campaign made a “little known brand into a household name”. Generating an estimated €1.4 million in direct sales revenue. So could you still class this as a bad controversial marketing campaign? from a sales point of view? definitely not. What we want to know is how do brands become loved and adored for their controversy and why do some become loathed?

As bizarre as it sounds we believe it comes down to being intentionally controversial. The Paddy Power campaigns were created so that people would talk about them and create a buzz around the topic. Whereas the Protein World campaign was just badly thought out and the company were unaware that so many brands were fighting against the topic or image you’re portraying.

It’s worth noting that if your going to try controversial marketing make sure it resonates throughout the entire company not just it’s marketing. Speaking at Marketing’s Digital Exchange, Richard Harris, Head of Online Marketing at Paddy Power said that this controversial trait the brand holds, “extends across every layer of the organisation”. In a recent set of annual reports, the finances took on the theme of the horse meat scandal, with each section paired with a specific cut of the horse. Oh and the reports also played the black beauty theme.