The dawn of emoji marketing

The dawn of emoji marketing is upon us. From Star Wars to Dominoes there’s no shortage of brands who are using the colourful characters to bring their content to millennial audiences. Star Wars emoji marketing.

The popularity of emojis.

To begin to explain how popular and understood emojis are all we have to do is look at Facebook’s new ‘react’ function. Instead of just liking a post we can now show our reactions using emojis. Our generation is so in touch with what emojis mean we don’t even need to be told what each emoji stands for.

Look on any of your social media feeds or text messages and we guarantee within a minute you’ll see an emoji. Brands are turning to emoji marketing because so many of their millennial audience are using them on a massive scale. Entire conversations are being had using emojis nowadays! Twitter unveiled their first paid brand emoji as Coca-Cola. It allowed twitter users to share a Coke using the #shareacoke (surprise, surprise). Brands like Star Wars then started to use their characters as emojis leading up to the new films release. It wasn’t long before other big brands began using emoji marketing. Dominoes start allowing it’s customers to order pizzas using their specially designed pizza emoji and Budweiser pushed out content using emojis for certain holidays. Closer to home we look at intercom who have used emojis in their latest recruitment drive. They use emojis like a rocket ship and an upward trending chart to show that they are a rising company, while also communicating with emoji savvy potential employees. 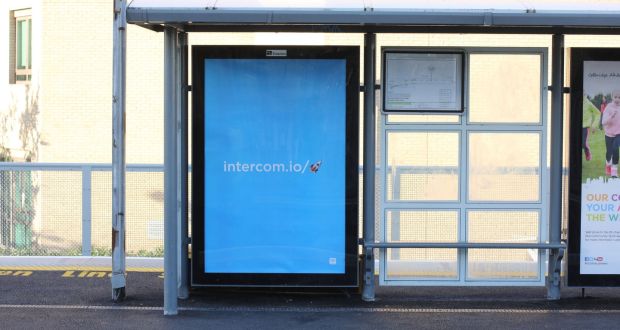 Smaller brands followed of course, but the brands mentioned are some of the biggest in the world, it really shows the importance of emojis. You may think they’re ruining the art of intelligent and creative copy, but the use of emojis still requires a high level of planning and thought. If you don’t take time to plan out how you’re using them things can get pretty bad (see below).

Bad use of emoji marketing.

USA Today used Facebook’s new reaction emojis beside some of their stories, portraying how either their writers or readers would feel about the story. The image of a crying emoji beside the story of a U.S hero who had been stabbed. Not too tasteful is it? We’re not the only ones who think so, as the social network reaction was hugely negative. Years from now archaeologists might dig up our iPads and find our texts, statuses and essays completely written in emojis. How would you feel? Do you feel emojis are affecting the quality of communication from brands to consumers? Or is it just a really effective way to reach the powerful millennial audience?